A Reluctant, Yet Thankful Caregiver

Choosing Your Own Path Caregiver Resources 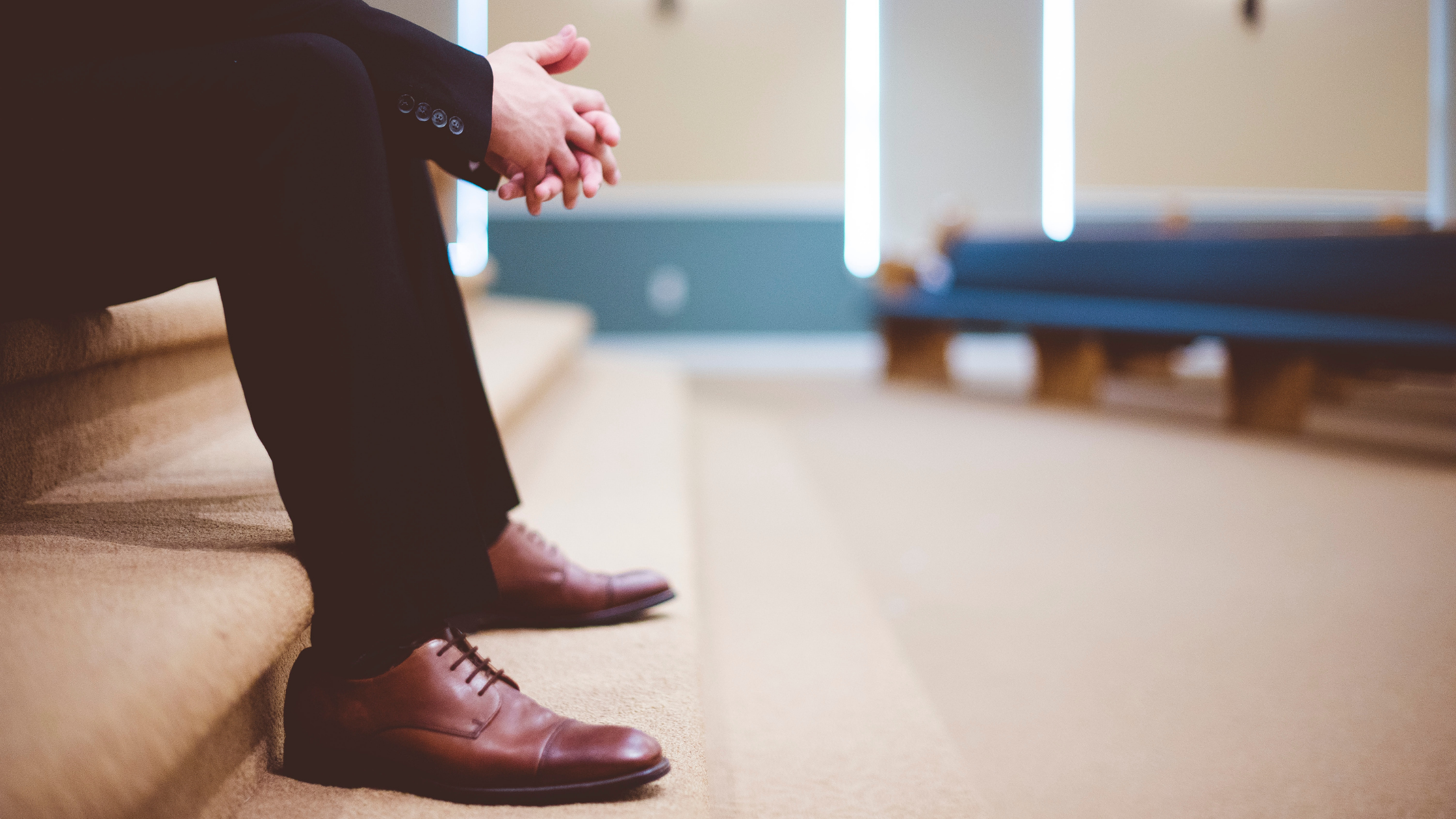 I don’t think any of us sign up to be a caregiver -- we just sorta fall into it. I always figured that Jane, being ten years younger, would be the one to cart me around when I reach my 80’s. The math seemed pretty simple. Husbands usually die before their wives. She was younger. Makes perfect sense. It turns out that the universe had a different plan.

In Sickness and in Health … Till Death Do us Part

I never gave my marriage vows much thought until I had to put them into practice.

To have and to hold from this day forward, for better for worse, for richer for poorer, in sickness and in health, to love, cherish, and to obey, till death do us part.

In sickness and in health . . . till death us do part. That’s the part I didn’t imagine I’d grow to have a new appreciation for.

The origins of the wedding vows come from the Book of Common Prayer by Thomas Cranmer, Archbishop of Canterbury, first published in 1549 and only slightly modified in 1662. The 1662 change was minor, swapping the original “till death us do part” to “till death do us part.” For a vow to have lasted that long must mean that there is something to it or rather to remind us what we sign up for when we get married.

Vows are a funny thing. They are so simple to say yet putting them into practice takes more than a commitment to your spouse -- it takes practice, dedication, and determination.

The Day After Christmas 2015

My caregiving journey launched on a cool December morning. It was the day after Christmas. Jane and I were coming back from staying with family to our one-bedroom apartment in San Francisco. It was barely our second Christmas as a married couple since we had been married in October 2014.

That morning, Jane’s doctor wanted her to get a blood test and since we were driving right by the Walnut Creek Kaiser, we stopped by before the 45-minute car ride back to San Francisco. The second I brought the bags up the stairs, Jane got a phone call. They wanted her to come directly to the ER.

If you have ever been to an ER in December, chances are, it looks like something out of a disaster movie with makeshift “rooms” in the waiting room due to the onslaught of the flu bug that’s making the rounds. That’s what Jane and I showed up to not twenty minutes after the phone call. It was going to be a long day having to wait in the ER but surprisingly, we got put to the front of the line. Before we knew it, two rather serious doctors told us that they were not 100% certain, but Jane might have leukemia.

The shock of those words, leukemia, sent a chill down my spine and a lump straight to my throat. Clearly, they were wrong. It must be the flu. The symptoms are almost exactly the same. The only difference was the little red dots, petechiae is what they called it, on her stomach. While we were hopeful they got it wrong, it turns out they were right and three days later, they confirmed that Jane had Acute Myeloid Leukemia (AML).

In a matter of days, we went from hopeful newlyweds trying to have a family to caregiver and cancer patient. The shock of it all was lessened by our families, partially Jane’s, but the reality of any type of life-threatening diagnosis is that it’s overwhelming, frustrating, and scary. The questions come fast and furious and even when you think you might have a handle on it, some whammy smacks you in the gut.

Most of the time, it’s an endless sea of decisions, data, and dreaded phone calls to loved ones explaining for the millionth time what’s going on with your charge. It’s isolating, lonely, and most of all, frustrating that you’re helpless to fix the situation.

How Can I Fix This?

Like most men, I want to fix the things that are broken. As a caregiver, fixing things is not an easy task. Some things you can’t fix and as Jane’s leukemia treatment started, I struggled to fix the situation we were in. Of course, there are small things one could fix like getting extra towels, helping her shower, running her business, and taking notes at each and every appointment. Those little things helped but the bigger mission was curing her leukemia and that was something I had no control over.

Sure, I could give input, read all the studies, ask all the questions but in the end, it was up to the doctors to figure out what to do. This lack of control made being a caregiver a lot harder for me. I (and Jane) wanted answers and concrete actions to take, yet when it comes to cancer, that rarely happens.

My biggest fear when I was taking care of Jane was that I would miss something. That’s the one thing that I wished I knew more about when I started being a caregiver -- you have to be detail-oriented. Thankfully, the engineer in me is that but there are a lot of things you can take for granted that could be the difference between life and death.

For example, when Jane was going through a Bone Marrow Transplant (BMT), we were given the wrong protocol for after transplant. It was only through checking and double-checking that I did not give her the wrong medications. It’s the most trivial thing, sending someone the wrong document, but it can have a profound impact.

The constant stress and strain of keeping track of pills, appointments, and what she can eat, took its toll. There were days where the only way to calm my racing mind was to escape for a brief moment of “me” time. Usually, these “me” moments had to do with getting a quick hit of dopamine to feel a little joy. My gotos were donuts, coffee, CBD, and whisky -- not necessarily in that order. It was not the most healthy thing to do yet I knew of few other ways to deal with all the uncertainty.

Friends and family would offer support but it was draining to have to talk about everything that was going on with Jane’s treatment. As a caregiver, you can easily lose yourself in the illness. It’s hard to rise to the occasion so you fall back to your comfortable coping grove that gets you through the day.

Jane in the hospital room on her 2nd round of chemo

A Different Kind of Provider and Protector

I felt, like many men do, that I had to provide and protect my family from the chaos of the world. Before her illness, she would have told you she needed none of that silly stuff. Still, the desire to provide for our future family and protect it from harm was strong. When she did get sick, it felt like I let her down in some way. How could I have let this happen?

The truth is, you can’t provide for and protect everyone you love. The world is too random and chaotic. The best you can do is be a provider and a protector in the situations you find yourself in. For a caregiver, providing and protecting looks a lot different than as a husband. The transition from husband to caregiver was the most difficult thing I had to do. What helped was realizing that I could no longer provide and protect as a husband. I had to adapt and overcome my own bias and set into the caregiving role knowing full well that was just as important. Some men can’t make the shift.

A woman that’s diagnosed with cancer is 6x as likely to see her relationship end as a man in the same situation. The reasons for this abysmal fact are hard to pin down. Most likely, it’s the traditional male/female role at play since women tend to hunker down and deal with it because of a more emotional attachment to family, while men may want to flee.

I can attest to the fact that the desire to flee is strong. There were times that the last place I wanted to be was sleeping on a fold-out bed/chair in Jane’s 10x8 foot hospital room with the beeps, dings, moans, and awful smells. What kept me committed to being the best caregiver I could be was the support of friends and family as well as my commitment to Jane. I knew if the roles were reversed, she would “Ride or Die” with me to the end.

The Gift That’s Hard to Accept

Tragically, Jane died fifteen months after her diagnosis. Those fifteen months were the most stressful, most focused, and the most joyful time we spent together. That might seem strange to some but the gift of being a caregiver is knowing that no matter the outcome, you showed up willing and able to put out the perfect effort.

Putting out your best effort is the only thing you can control. The outcomes will be the outcomes but being present, loving, and caring is the gift you give the person you’re taking care of and yourself. It may seem (and sometimes feel) like caregiving is a thankless job. Caregiving is a gift that will at times be hard to accept but with the passage of time, it was an honor to be Jane’s caregiver and make good on our marriage vows -- in sickness and in health … till death we do part.

Jarie Bolander is an engineer by training and an entrepreneur by nature. He lives and works in San Francisco where he runs JSY PR & Marketing, a full-service consulting firm that helps tech companies tell better stories. He’s the author of six books on business, leadership, and entrepreneurship. He is also an expert contributor to Grief Coach, which sends supportive texts to your phone. He’s also engaged to a wonderful woman named Minerva who has been loving and supportive on his journey through loss and grief.

Are You Gambling With Your Family's Medical Care Decisions?

Start a Family Tradition This Thanksgiving

This is a guest blog from Carol R. Kaufman, Founder/CEO of Pinventory, LLC

Thanksgiving is of course a time to be thankful. This year, as last...