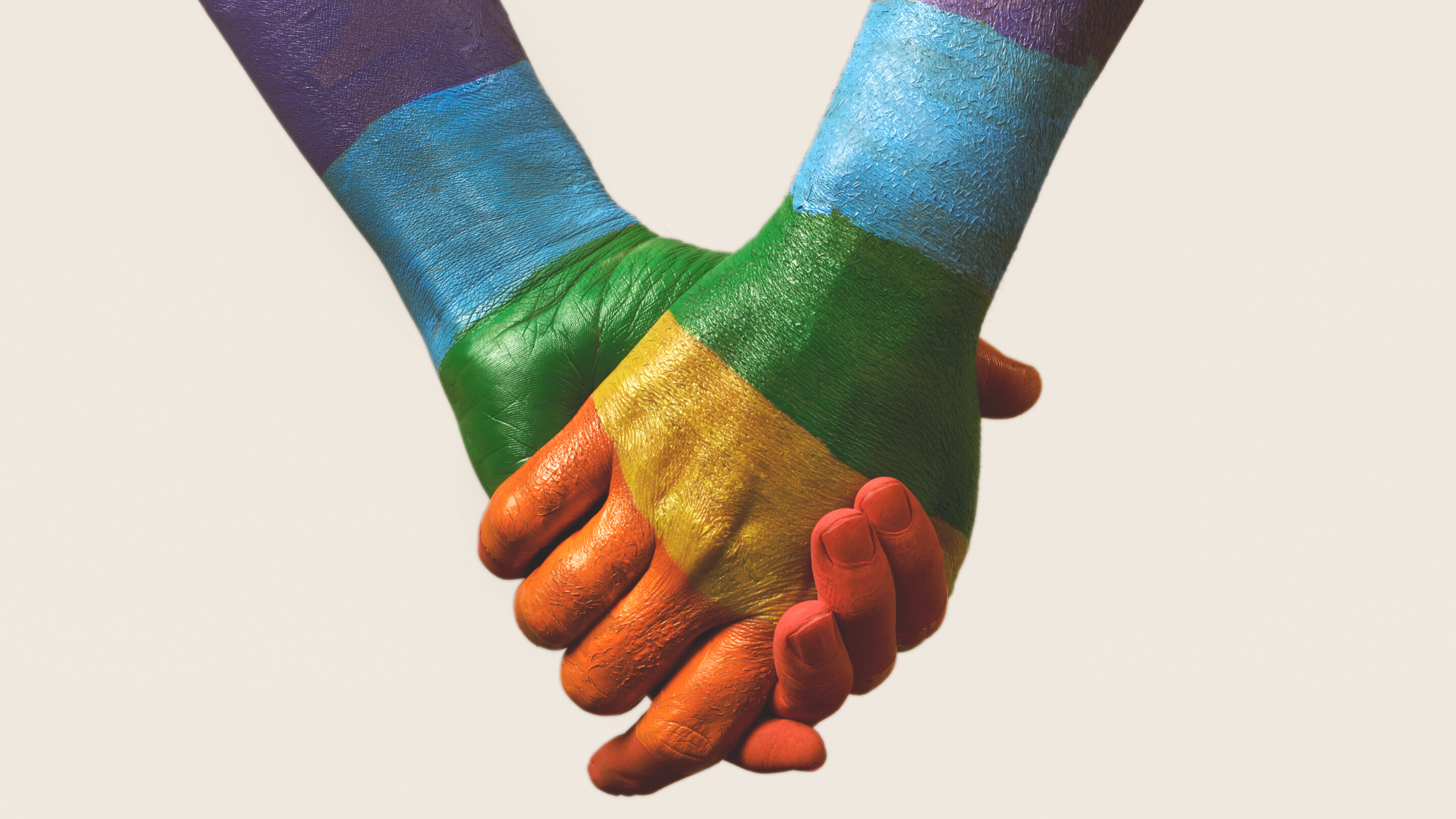 The following is a guest blog by Earl Collom originally posted on the Advocate, December 27, 2013.

When Danyal Lawson’s husband, gay activist Lou Rispoli, was brutally beaten and lay dying in a New York Hospital last year, there was one thing for which Lawson was profoundly grateful: his husband did not die alone. As he took his last breath, Lawson was by his partner of 32 years' side, as were 30 beloved friends.

But Lawson and Rispoli's poetically tragic story stands in contrast to that of too many members of the LGBT community, especially seniors who face or fear discrimination in their final days. That fear is often founded in reality, and can result in those seniors receiving inferior care, delaying the initial effort to seek out care, or feeling the need cover up who they are and whom they love — by referring to a spouse or partner as a friend or sibling, for instance. At the end of their life, many men and women go back in the closet for fear of being mistreated by health care and other professionals.

A recent visit with a 68-year-old terminally ill client of Visiting Nurse Service of New York Hospice and Palliative Care crystallized this conundrum. The client, who is gay, had walls and shelves filled with photos he had taken over his lifetime of people, places, friends, and travel.

On the next visit to discuss end-of-life care, many of the pictures had been taken down. When asked why he removed so many images from his life's adventures, he simply replied, "I didn’t want to offend anyone."

LGBT seniors with end-of-life and other serious care needs are at risk of isolation and marginalization at the precise time when they most need support. With the number of self-identified LGBT adults age 65 or older expected to double by 2030 — from 1.5 million to 3 million, according to the National Resource Center on LGBT Aging — the time has never been more urgent to discuss this silent challenge: How do we meet the unique end-of-life care needs for an aging LGBT population?

LGBT seniors are at a greater risk of disability and mental distress than their heterosexual counterparts, and face many barriers to accessing care, notes The Aging and Health Report: Disparities and Resilience among Lesbian, Gay, Bisexual, and Transgender Older Adults, a comprehensive 2011 survey conducted in partnership with Services and Advocacy for GLBT Elders and funded by the National Institutes of Health and the National Institute on Aging. More than 20 percent of LGBT older adults surveyed in that report said they had not come out about their sexual orientation or gender identity to their primary physician.

The study also notes that most lesbian, gay, bisexual, or transgender Americans aged 65 or older came of age at a time when homosexuality and gender variance were criminalized or dangerously stigmatized. The vast majority of LGBT older adults in the study — 82 percent — said they had been victimized at least once because of their sexual orientation or gender identification.  And as Lou Rispoli’s story demonstrates, this is tragic problem that is far from over.

When an individual in the final days or months of life feels isolated or depressed, alienated from health care and aging services, and even forced to cover up his or her identity or support network, he or she may miss out on vital aspects of proper end-of-life care. These include:

This therapeutic process of weaving together memories can help patients and their loved ones shape a personal meaning of their lives and gain comfort in final days. To ensure that LGBT individuals can complete a satisfying review at end of life, the health care team, caregivers and loved ones should encourage the individual to — without fear of judgment or discrimination — share memories, insights, and goals, including reconciling estrangements.

Care Goals and Assuring Your Rights

Having visited many friends dying of AIDS in the 1980s, Lawson and Rispoli decided decades ago to codify their end-of-life wishes and healthcare proxy in writing. While this is sage advice for anyone, the mandate is particularly urgent for members of the LGBT community, who may face discrimination or have fewer legal protections if a loved one becomes unable to speak for himself.

Hospice care works with patients to achieve a "good death;" one in which their wishes are followed to the end, and one that doesn’t leave lingering, unresolved issues in its wake. This is nearly impossible to achieve if one feels compelled to cover up significant parts of one’s life or social support network.

An important step in ensuring that LGBT individuals receive the end-of-life care they want and deserve is to educate health care teams on the unique needs and care barriers of LGBT seniors. Visiting Nurse Service of New York's Hospice and Palliative Care, for example, is collaborating with SAGE to educate clinicians and paraprofessionals to better provide culturally relevant end-of-life and bereavement care to this fast-growing community, with the hope that the collaboration can serve as a model for hospice organizations nationwide. The National Hospice and Palliative Care Organization and the National Hospice Foundation have recently begun work on including LGBT issues into their cultural competencies under the banner of "Rainbow Connection.”

Perhaps the most important education, however, happens one-on-one, in hospitals and apartments and nursing homes across America, as people in their final days are treated with dignity and respect, no matter who they are.

As Rispoli lay in a hospital bed, bruised beyond recognition, Lawson took the hospice social worker aside and showed her his favorite picture of his husband. "I wanted to make sure she saw him as a human being, not just a number,” Lawson recalls. "He was an amazing human being."

Several years ago, at a work event, I picked up a button that still sits in my office where I can see it every day. It...

September is Suicide Prevention Awareness Month in the United States and is a time to inform and educate all on suicide...

This is an article that addresses how informal /family caregivers have a role in helping avoid an accidental overdose...