World Hepatitis Day and the US Military

While people light off and watch fireworks and sip a cold drink at a BBQ this 4th of July, we at Caregiven want to remember the reason for our celebration and to honor veterans of the US Military. We also want to shine a light on the disease hepatitis to recognize World Hepatitis Day on July 28. Yes, these two elements may seem paired out of left field, but read on to understand the connection.

Many know the 4th of July as a remembrance of 13 colonies joining together to declare independence from Britain and become the United States of America. The uniting of soon-to-be former British colonies also led the eventual creation of the United States Military. Since that era-defining time, US Armed Forces have grown along with the country. The women and men who served us civilians and the country at large have also made more sacrifices of different varieties-- emotional, mortal, psychological, physical-- that can be counted. Our hope is to honor those who served and highlight a specific issue affecting the veteran population, particularly men. 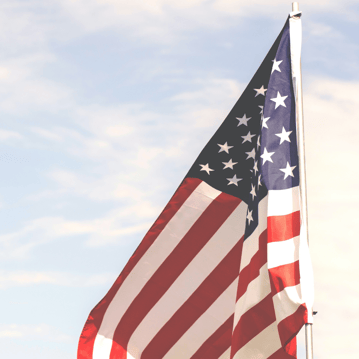 In a Veterans Affairs subcommittee meeting, the VA’s Program Director for infections diseases testified to the fact that nearly 10% of US Veterans are infected with Hepatitis C. This rate towers over a general US population infection rate at less than 2%. Even more surprising is the percentage of those infected when viewed by era of service. Service members infected with Hepatitis C during Vietnam or post-Vietnam amount to 81% of that group.

Today, the world sees 1.1 million deaths a year from Hepatitis with 9.4 million people being treated for a Chronic Hepatitis C infection. These numbers exist despite nearly half of infants around the globe having access to at least a Hepatitis B vaccine and the World Health Organization’s goal of eliminating Hepatitis as a public health threat by 2030.

As the World Hepatitis Day’s motto states, “Hep Can’t Wait,” so we’re happy to help relay the message and educate people to reach that achievable WHO goal, especially for those who have sacrificed so much to protect the United States by serving in a branch of the military.

According to the World Health Organization, viral hepatitis is an “ inflammation of the liver that causes severe liver disease and hepatocellular cancer.” Hepatitis is caused by toxins like drugs and alcohol or contracted as an autoimmune disease. While hep A,B, and C are commonly known, five different types of the viruses exist at present. The Hepatitis B Organization charts out the different types, their causes, and potential treatments in this blog.

An overview on the types of Hepatitis viruses:

A - Highly contagious and spread through unsanitary practices (fecal-oral) with cleanliness or contaminated food or water. Vaccine preventable.

C - Also transmitted through bodily fluids, dirty needles, and unsanitary medical equipment. Vaccine preventable but the best protection is to avoid risky behaviors like drug use and unprotected sex.

D - “Hepatitis Delta” only presents with people already infected with Hepatitis B (coinfection). Transmitted through bodily fluids. No specific vaccine but can be prevented with the Hepatitis B vaccine.

E - Spread through unsanitary hygiene practices (fecal-oral transmission) and contaminated water and food, specifically undercooked pork, game meat, and shellfish. No vaccine available in the US (China only at present).

Given the higher than average rate of Hepatitis C infections in Veterans, particularly those serving during the Vietnam War era (active duty from 1964-1975), studies were conducted to trace the root causes of these infections. Among the sacrifices made by veterans, PTSD ranks high as a trauma not recognized soon enough by our society, and many vets resorted to self-medication through drugs and alcohol. Several studies found that intravenous drug use pre-, during, and post-service contributed to the high rates of Hep C infections among Vietnam vets. Additionally, advances in medical treatment and rapid evacuation of the wounded during conflicts in that war led to a higher number of blood transfusions. But this was a time before screening for the Hep C virus had become standard in blood supplies.

According to a Staff Hepatologist at the VA in Memphis, additional risk factors included:

Another potential contributing factor, as claimed by a Vietnam veteran in a 2017 op-ed, is through the “jet gun” injectors used for mass inoculation of military personnel during the Vietnam war era. A number of veterans have stated that these jet guns were not cleaned between patients and left exposed blood on the device. While the VA stated that viral infection through use of jet guns is “biologically plausible,” and has yet to back up the claim, the WHO stopped using jet guns in their global vaccine program in 1997 -- and the Department of Defense followed suit that same year. Unfortunately, many vets face the stigma of intravenous drug use as a cause of Hep C and fear getting tested. However, the good news is that a vaccine exists and part of defeating this stigma is to raise awareness just as we raise up those service members who served in foreign wars.

Why a World Hepatitis Day?

Because we, as a global community, and especially those in the medical community, can stop the spread of viral hepatitis in most of its forms. The starting point is to raise awareness. Waiting only results in more infections and potential deaths-- which means there is no time to wait. A global health effort driven by world leaders can meet the WHO’s goal of eliminating the public health threat of hepatitis in the next decade.

And, when it comes to raising awareness for veterans, we should take time this Fourth of July to remember how important it is to stand for those who stood for us.

In my previous blog, I ended with the suggestion that through transparency you and your loved...

Your "In-Loving Memory" Reminds Me of My Loss

It used to be that I took note of the name and notation about the life of whomever was...

Give Me A Fish