Many of the greatest social movements our country has seen have resulted from women rising to the cause, finding a voice and a champion who is heard.

In her opinion piece “How rethinking caregiving could play a crucial role in restarting the economy” Melinda Gates writes that “it shouldn’t have taken a national emergency to put caregiving on the agenda…” and then reminds us that is indeed what it takes, and history is repeating itself.

Gates mentions the partnering of business and government during World War II; as a student of history I’d like it remembered that another amazing and strong-willed woman was behind that:  Eleanor Roosevelt.

Roosevelt came to my home town, Portland, OR and met with Henry Kaiser and his son, Edgar, who ultimately led the construction of The Swan Island Center that served over 2,000 children in its first year enabling their mothers to continue to work to support the wartime effort.

Nearly 75 years have passed and many of the children that benefitted from these childcare centers are now needing care themselves.  I am grateful that Melinda Gates raised the issue of caring for our aging and separates it from child caregiving.

While only 41% of Americans choose to have children, 100% of us has or has had a parent.

Caring for our parents, however you define your care partner role, affects our mental and physical health and wellbeing in ways that being a parent doesn’t.  In the end, the arguments to better empower care partners based on these factors isn’t enough.

As a mother and a daughter, it pains me to have to base the rationale for more flexibility in order to care for those we love in how productive we are at work.

But, here we are.  Back in 1943 the argument for facilities like The Swan Island Center focused on getting more

productive hours out of the mothers and daughters embodied in Rosie the Riveter. Today, over $30 Billion is lost, annually, in worker productivity due to absenteeism, presenteeism, and turnover attributed to individuals caring for an aging or ailing loved one ( 1 in every 5 employees).

Eleanor Roosevelt gave her voice to working mothers; Melinda Gates is giving hers to working daughters…sons, grandchildren, nieces, nephews and every other title used to describe a caring relationship.

In her closing Melinda Gates wrote “We may not have created the broken caregiving system, but our only chance of recovering and rebuilding is to the ones who fix it.”

Thank you for being a care partners’ champion. 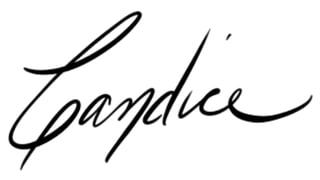 One in five Americans workers report providing care to an elderly or disabled family member or...

Thoughts While Not Commuting

In the hours I’m saving, daily, from commuting (driving or walking) to and from meetings, errands...

Welcome to My Home

One of the most amazing things about the experience that we are all sharing due to Covid-19 is...